Following the Dragon Gate restructure, Lindaman and T-Hawk left the stable, they were replaced by Masato Tanaka who joined the stable on July 5. Shortly after Shingo Takagi took over the leadership, Eita quickly regained the Open the Brave Gate Championship and also the leadership. ANTIAS would be joined by Big R Shimizu in August followed by Ben-K in September. Later it was announced from Eita that they would change their name as well adding a new member and later the name was revealed as R.E.D and Takagi didn't join the new stable and his spot was filed by Kazma Sakamoto. 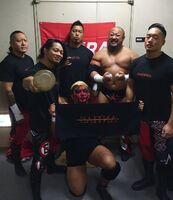 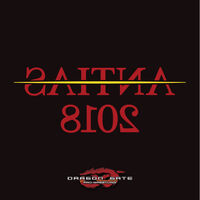 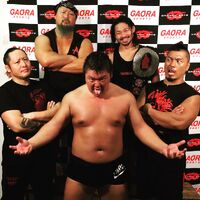 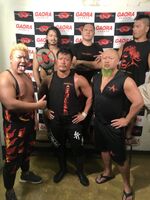 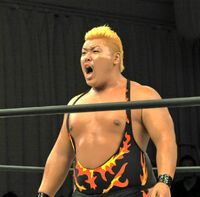 Ben-K
Add a photo to this gallery

Magnitude Kishiwada
Add a photo to this gallery 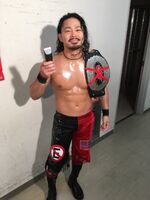 Eita as 2 times Open The Brave Gate Champion during his ANTIAS reign
Add a photo to this gallery
Retrieved from "https://puroresusystem.fandom.com/wiki/ANTIAS?oldid=51708"
Community content is available under CC-BY-SA unless otherwise noted.