The BJW Deathmatch Heavyweight Championship is the top singles championship in Big Japan Pro Wrestling (BJW), it is exclusively defended in deathmatches. The title was established on August 9, 1998 when The Great Pogo defeated Mitsuhiro Matsunaga in a tournament final in a glass and fire coffin cremation deathmatch tournament final to become the first champion.

Title reigns are determined either by professional wrestling matches between wrestlers involved in pre-existing scripted feuds and storylines or by scripted circumstances. Wrestlers are portrayed as either villains or heroes as they follow a series of tension-building events, which culminate in a wrestling match or series of matches for the championship. Ryuji Ito as the most times reigns with 6 title reigns and he is also the longest and shortest reigning. His second reign his the shortest reign with 4 days and the longest with 850 days. The title changes occurred in multiple deathmatches like the glass and fire coffin cremation deathmatch, lumberjack deathmatch, barbed wire board deathmatch and Caribbean-style barbed wire, light tubes, light tubes board and barbed wire chess board deathmatch.

The first belt was designed on the front and sides with chair, and it was called "chair belt of the color". the design was decided by the fans public offering to them. However, CZW's Zandig returned home while he was holding the belt but during his reign BJW ended their partnership with CZW, he didn't return the belt home and created the CZW Deathmatch Championship which led to BJW to create a new belt to replace the old one. The second belt was made with a barbed wire was made by Ryuji Ito later in the form of a spider web. However, as the metal surface became aged when in 2012, they decided to update the design of the 3 belt. On April 28, 2013, the third belt was showcased and designed with chairs, fluorescent lamps and thumbtacks. It started using Yokohama style on May 5 of the same year. When Ryuji Yamakawa retired in 2012, he created and presented a replica of the original belt.

Big Japan Pro Wrestling held a 8-man tournament to crown the first champion, The tour was held from June 8 through August 9, 1998. 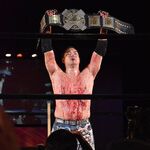 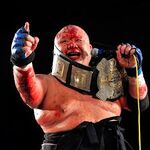 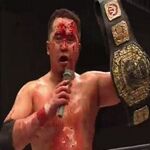 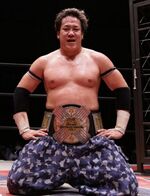 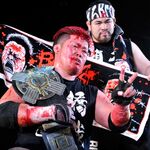