Overall, there have been 36 reigns shared among 19 wrestlers. Title changes happen mostly at NOAH-promoted tours, as it has only changed hands at non-NOAH events or tours three times. The inaugural champion was Yoshinobu Kanemaru, who defeated Juventud Guerrera on June 24, 2001, in the finals of a tournament. Kanemaru holds the record of most reigns, with 7. At 405 days, Taiji Ishimori's first reign is the longest in the title's history. Kanemaru, with a combined 7 reigns, holds the record for most days as champion at 1,876. Ricky Marvin and Makoto Hashi's only reigns holds the record for shortest reign at one day. With 10 successful defenses, Ishimori's first reign. Over Kanemaru's 7 reigns, Kanemaru successfully defended the title 28 times, the most of any champion. With zero, Hashi's first reign, Kotaro Suzuki's first reign under the ring name "Mushiking Terry", Katsuhiko Nakajima's first and second reign, Marvin's only reign are all tied for least successful defenses.

NOAH held a 12-man tournament to crown the first champion, held over its month-long, 11-event Navigation for the Bright Destination tour. The tour was held from June 9 through June 24, 2001. 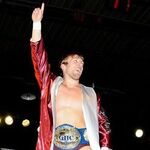 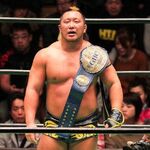 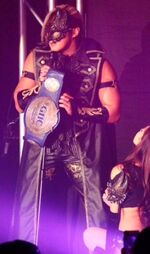 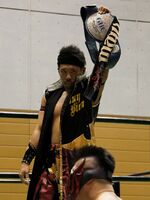