The title has been held and defended by teams outside NOAH, including New Japan Pro Wrestling, Dragon Gate, and Ring Of Honor, and also defended in these promotions. Title changes happen mostly at NOAH-promoted events. Minoru Fujita and Ikuto Hidaka, a Pro Wrestling Zero1 (Zero1) tag team, defeated then-reigning champions Yoshinobu Kanemaru and Takashi Sugiura on March 5, 2006, at Navigate For Evolution 2006: Haruka Eigen Goodbye Tour on the tenth day. Their reign lasted until August 13, 2006, when they lost the titles back to Kanemaru and Sugiura at the NOAH Navigation. During that time, they had two successful defenses; held by Zero1 due to a pre-existing relationship and an agreement with NOAH. Their first defense in Zero1, was a match against Tatsuhito Takaiwa and Yoshihito Sasaki, occurred on April 13, 2006. On June 24, 2006, they made their second, and last, defense against STONED (Kagetora and Takuya Sugawara).

NOAH held a 8-man tournament to crown the first champion, held over its month-long, 6-event Accomplish Our Third Navigation tour. The tour was held from July 6 through July 13, 2003. 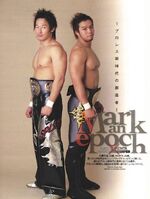 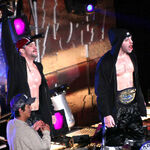 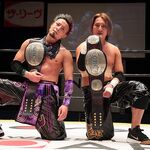 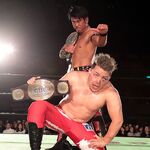 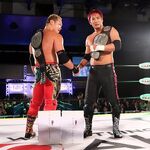 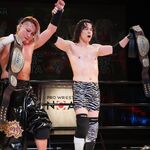