The inaugural champions were Kengo Kimura and Tatsumi Fujinami, who defeated Antonio Inoki and Seiji Sakaguchi in the finals of a tournament to win the championship on December 12, 1985, at a NJPW live event. In addition to NJPW, the IWGP Tag Team Championship was also contested in the United States-based promotions World Championship Wrestling (WCW) (now defunct) in the early 1990s and Total Nonstop Action Wrestling (TNA) in 2009, and in the Mexican lucha libre promotion Consejo Mundial de Lucha Libre (Spanish for Worldwide Wrestling Council) in 2005.

In 2009, The British Invasion, defeated Team 3D on July 21, 2009, at the taping of the July 30, 2009, episode of TNA's primary television program, TNA Impact!, in a tables match. Afterwards, NJPW released a statement announcing that they did not sanction the defense nor the title change, and as such were not going to recognize the reign. They continued to recognize Team 3D as the current champions and proclaimed that the next title defense would be by Team 3D and would be sanctioned by NJPW. On August 10, 2009, NJPW issued another press release stating that they were now recognizing The British Invasion of Brutus Magnus and Doug Williams as the current IWGP Tag Team Champions, making the reign official. 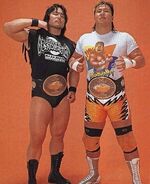 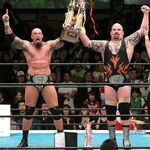 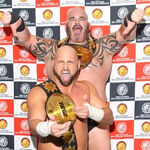 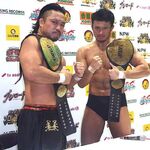 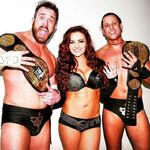