The Ironman Heavymetalweight Championship is tertiary singles championship DDT Pro-Wrestling promotion. It is viewed as a comedic championship, having had two wrestlers, Yuko Miyamoto and Shinobu, exchange the belt 62 times with each other in one night (some of those title changes via Rock, Paper, Scissors), being won from a wrestling fan winning an auction for the belt, and a title change that occurred in a dream. Champions also include children, animals, and inanimate objects.

The title is defended anywhere against anyone, even during non-title matches or tag team matches, under 24/7 rules (if there is an official DDT referee present, the title can be won and lost), and unlike other Ironman championships does not need to be defended under 'Ironman' rules. The 24/7 rule is similar to the same rules that applied to the WWE Hardcore and WWE 24/7 Championships.

A regular match in DDT for the title is a 10-minute battle royal where the title can change hands any number of times, and the person who has the belt when the time limit expires can leave as champion. This is ironic in itself, as due to the 24/7 rules, the champion could be defeated for the belt right after the match finishes.

The 1,000th Ironman Heavymetalweight Champion was crowned on April 29, 2014, when the title belt itself became the champion, after pinning Sanshiro Takagi.

As of January 2017 there have been over 1,300 title changes for the belt, which has been won by numerous male and female wrestlers and non-wrestlers, including children, animals, entire audiences and inanimate objects. 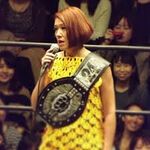