M2K was one of the heel stable, in the Toryumon Japan promotion and Face on the Dragon Gate promotion as Final M2K. It was formed on April 25, 2000 by Masaaki Mochizuki and Susumu Mochizuki (no relation), and Yasushi Kanda, the stable's name comes from their surnames. Though they disbanded on October 28, 2002 when the rest of the group joined Do FIXER.

On July 4, 2004, Último Dragón left the Toryumon Gym in Mexico and took the name and trademarks with him and the promotion subsequently changed its name to Dragon Gate and they announced that they would return as Final M2K (ファイナルM2K, Fainaru M2K). The stable disbanded on January 14, 2007 when they denied their last common match.

On June 5, 2013, M2K reunited as trio (Jimmy Susumu, K-ness and Masaaki Mochizuki) to win the Open the Triangle Gate Championship but they made their last reunion when they lost the titles to Jimmyz (Genki Horiguchi H.A.Gee.Mee!!, Jimmy Kanda & Ryo "Jimmy" Saito).

Masaaki Mochzuki formed the heel group M2K with Susumu Mochizuki (no relation), and Yasushi Kanda, the stable's name coming from their surnames. Darkness Dragon and Chocoball KOBE would join later in the year as well. The group wreaked havoc on Toryumon's initial El Numero Uno Tournament in 2001, forcing every group member's matches, except for Susumu's, to end in double-countouts. However, Masaaki won a second-chance battle royal to get back into the tournament. After defeating Cima via knockout in the semi-finals, he pinned Magnum Tokyo in the finals; his only pinfall victory of the whole tournament. His issue with both, namely Cima and his Crazy Max stable, would continue through the end of the year; such was M2K's chicanery that Crazy Max, the original renegade group of Toryumon, was turned face by default. After losing a hair vs. hair lumberjack match to Cima in December 2001, Mochizuki was humiliated into cleaning up M2K's act.

On May 19 Magnum Tokyo joined M2K and became the leader. On September 8, Darkness Dragon was kicked out of M2K and went on to form Do Fixer with Dragon Kid and Ryo Saito. On October 28, Magnum dissolved M2K and announced that he and the remnants of M2K were the real Do FIXER, and that Darkness Dragon - now renamed K-ness - was still a member of the group and was sent into the home army (Seikigun) to cause problems within it.

On June 5, 2013, M2K reunited as trio (Jimmy Susumu, K-ness and Masaaki Mochizuki) to win the Open the Triangle Gate Championship but they made their last match when they lost the titles to Jimmyz (Genki Horiguchi HAGeeMee, Jimmy Kanda & Ryo Jimmy Saito).

On August 30, 2003 they lost the titles in a four-way match involving Crazy MAX and Genki Horiguchi, Magnum TOKYO and Susumu Yokosuka. In June 2003 Raimu Mishima was kicked out of the stable. In December 2003 the stable was divided in two sides Mochizuki and Arai's side and Doi choose to stay in Mochizuki's and Kid stay on Arai's side wich led to fight.

On July 4, 2004, Último Dragón left the Toryumon Gym in Mexico and took the name and trademarks with him and the promotion subsequently changed its name to Dragon Gate and they announced they will return as Final M2K.

In December 2006 Arai left the stable to join Tozawa-juku and Onedera left choose to leave Final M2K so he could grow along his own path also Mochizuki rejoined Final M2K after Renaissance was disbanded. On January 14, 2007, Final M2K disbanded to an end after Yokosuka, Mochizuki, and K-ness lost a match to CIMA, Don Fujii and Matt Sydal and also the ending of Blood Generation. One of the reasons for the M2K break-up was to them growing their own path.

The original members of M2K 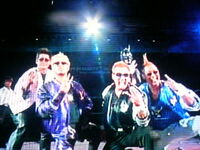 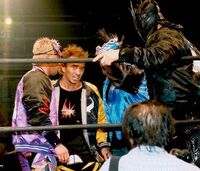 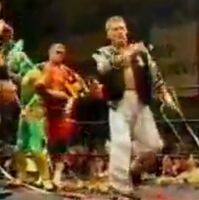 The members of Shin M2K

The original members of Final M2K

The reunion of the original members of M2K 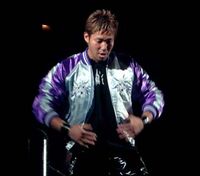 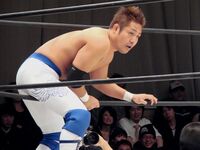 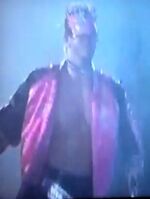 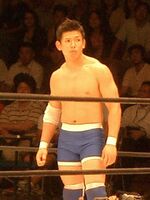 M2K.jpg|Masaaki Mochizuki, Jimmy Susumu and K-ness as the Open the Triangle Gate Champions 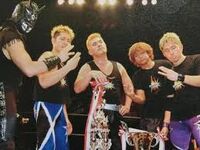 Mochizuki as the winner of the 2001 El Numero Uno
Community content is available under CC-BY-SA unless otherwise noted.