The Union Fly To Everywhere World Championship (ユニオンは世界中の選手権に飛ぶ, union wa sekaijū no senshuken ni tobu) was a women's professional wrestling championship owned by the Union Pro Wrestling promotion. After Union Pro closed the title was sealed along with Union Pro. The idea for a women’s title in Union Pro was brought up by Cherry in February 2013 but it was Kaori Yoneyama who won the rights to name and design the new championship. Rumi Kazama was the commissioner for the title and decided who had the championships oppurtunities. 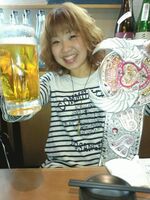 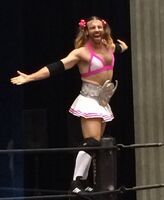 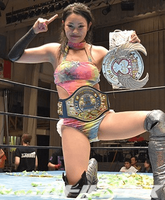 Aoi Kizuki
Add a photo to this gallery
Retrieved from "https://puroresusystem.fandom.com/wiki/Union_Fly_To_Everywhere_World_Championship?oldid=34716"
Community content is available under CC-BY-SA unless otherwise noted.